And there go the Yankees again, with their gazillion-dollar payroll. They really only won one of the ALCS games outright (Game 5) and their pitching surrendered even more runs than doomsayers were predicting.

Yeah, the Yankees crapped out. But they are still the 2009 champions. And they are in the playoffs all the time. How many franchises around the country can say that?  The fact is, money can buy you the talent to make the post-season; but rings are won with chemistry, karma, and a little bit of luck. 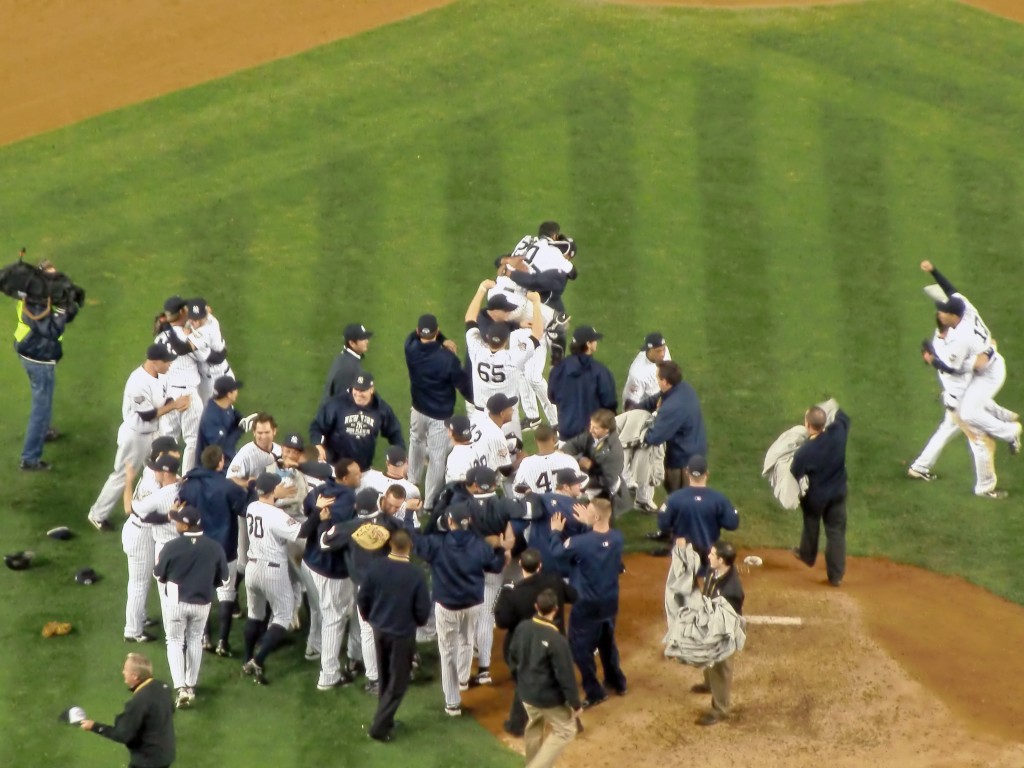 So cheer if you will at the Yankees’ demise, but they’ll spend in the off-season and the same money that can’t buy them a title will almost certainly ensure that they get into the Final Four and are knocking on the door next October.

Can your team say the same?