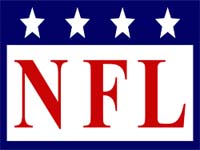 [1]The looming question of this NFL season seems to be who is falling the fastest? I may not be able to tell you the best team in the league right now, but I REALLY can’t tell you the most disappointing. Too many damn candidates.

Is it Dallas, with all the hype about destiny and a Super Bowl in their hometown? The Cowboys are snake-bit, Karma-bit, and Wade-bit. A huge letdown.

But are they any further down the totem pole than San Diego? What happened to this group? Philip Rivers was supposed to be ready for the promised land, right? At 2-5, he’ll be hard-pressed to see a playoff game.

What about the Saints? Uh, aren’t they the champs? Weren’t they supposed to ride their title to a whole new level of excellence? Their roster was loaded. An All-Star Team. But here’s Drew Brees throwing four interceptions against…CLEVELAND? The Saints not only aren’t running away with it, they’re buried in the middle of the pack.

How about Green Bay – everyone’s chic pick back in August? I know Ryan Grant is a good player. But was the whole team riding on his shoulders? Come on. They have truly underperformed. The only thing keeping the Packers up there is the even poorer performance of the Vikings, another huge letdown. Getting Brett Favre off the farm may prove to be the team’s undoing.

You can’t tell me that Cincinnati had their results in mind. And the Colts are hanging by fingernails. Even promising teams like Baltimore and Miami are squeaking out games and just managing to stay above 500.

When all is said and done, we may see perennials like the Steelers or the Patriots at the top of the heap. But for many of the predicted success stories, so far, anyhow, this season is a race to the bottom.