So, here’s the thing about Matthew Stafford. He’s injury-prone by definition but not by body. Yes he’s had three shoulder injuries and a knee injury in less than two years of playing in the NFL. But if you look over the history of the NFL, you’ll see many quarterbacks have suffered similar fates early in their career. Phil Simms was once accused of being made of papier-mâché, but he ended up being a pretty darn good quarterback. Troy Aikman went through the same thing. And he won Super Bowls. 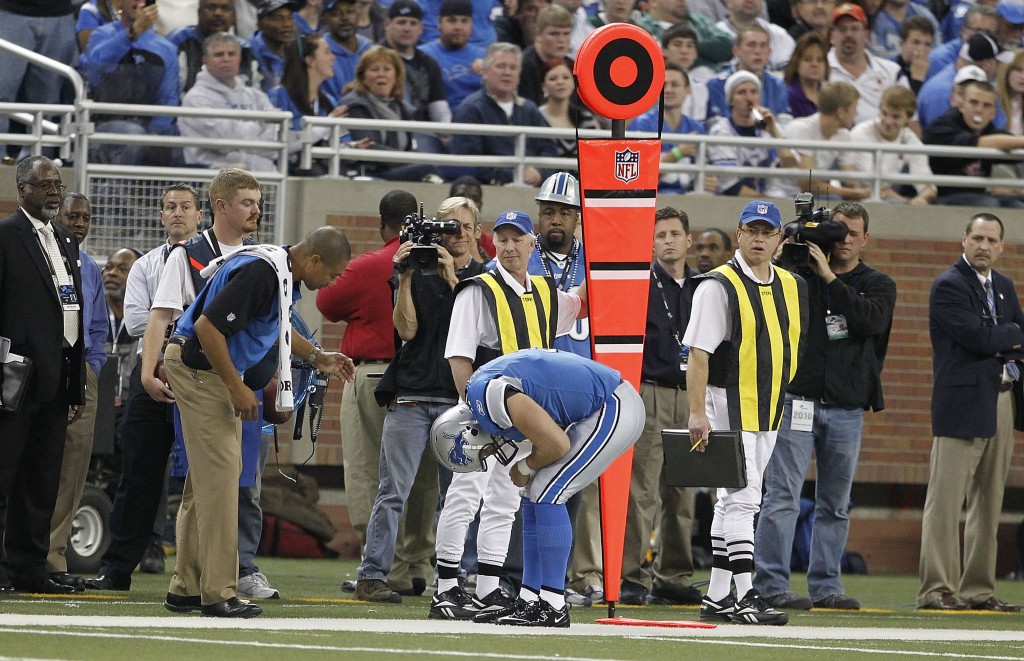 DETROIT - NOVEMBER 07: Matthew Stafford #9 of the Detroit Lions bends over in pain against the New York Jets during the third quarter of the game at Ford Field on November 7, 2010 in Detroit, Michigan. The Jets defeated the Lions 23-20 in overtime. (Photo by Leon Halip/Getty Images)

It’s not fair to cast Matthew Stafford as “damaged goods” or “fragile” this early in his career. What he is this early is “unfortunate.” It may be that his shoulder injury never really healed from the opening game despite the fact that doctors cleared him to play. It may be that he needs some kind of off-season training regimen to get that thing in game shape. It also may be that he’s only twenty-two years old and his body may just be now developing into its final adult form.

Remember that in years past, you didn’t have college quarterbacks entering the pros until at least age twenty-two. And for the most part, they sat for a few years before they saw real action out on the field. That meant that they were 24, 25, 26 before they started taking a weekly NFL pounding. But here, Stafford was playing when he was 21 yrs old. That’s a whole different story. Let’s not dump out on him just yet.

It’s pretty apparent that the Lions are a much better team when he is in there. He made a lot of great passes on Sunday that showed more than just a strong arm—they showed touch, and feel, and a sense of where he was on the field. He even ran one in for a score, although he will never be confused with Carl Lewis. It’s a shame—and typically Lions—that Stafford will miss more games this season and the team will never really achieve its potential. But that’s no reason to throw out the entire future, nor to cast Stafford in some category that he’s too young to have earned.

Patience is what’s required here, and Lions fans should have plenty of that by now.