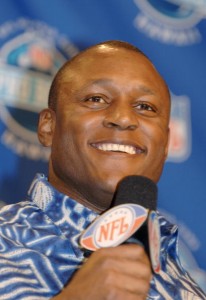 Click the player below to listen to my interview with Barry Sanders, a former winner of the Heisman Trophy, about Cam Newton