Good for them. The Lions end the NFL’s longest futility streak of winless road games. Its been three years plus since they won away from home – until Sunday. And while I know some fans say why are they bothering to win now – and dropping slots in next year’s NFL draft – but it’s not their job to stink, it’s their job to win. And has anyone noticed they’ve now beaten two straight winning record teams – something playoff bound teams are having a hard time doing? No complaints or cynicism here. Good for them. About time this streak is over. 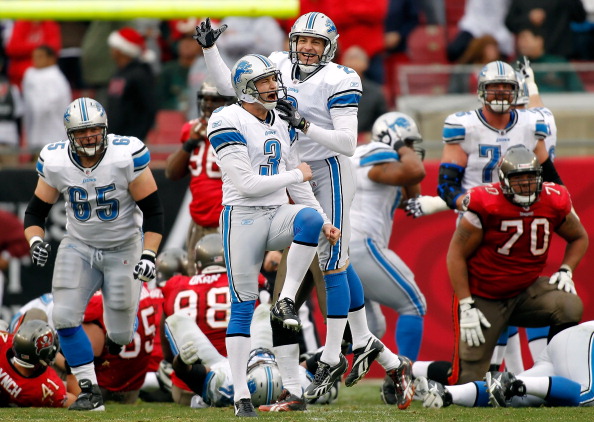 TAMPA, FL - DECEMBER 19: Kicker Dave Rayner #3 of the Detroit Lions celebrates with holder Nick Harris #2 the winning field goal in overtime against the Tampa Bay Buccaneers during the game at Raymond James Stadium on December 19, 2010 in Tampa, Florida. (Photo by J. Meric/Getty Images)