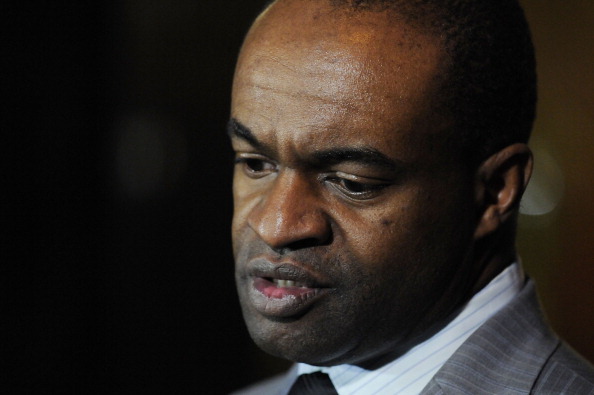 WASHINGTON, DC – MARCH 11: NFL Players Association executive director DeMaurice Smith addresses reporters after the league and the NFL Players Association failed to reach an agreement in labor talks at the Federal Mediation and Conciliation Service building March 11, 2011 in Washington, DC. Representatives from the National Football League (NFL) and National Football League Players’ Association (NFLPA) continue to negotiate a labor dispute as a deadline looms at the end of a 7 day extension of talks. (Photo by Jonathan Ernst/Getty Images)

So now the NFL is shut down. No training. No workouts. No free agent signings. No nothing. Nine billion dollars is apparently not enough for either side to amicably split, so we enter into what could be a long and debilitating work stoppage. The players union has undressed itself, decertifying, in an attempt to undress the league itself,challenging its anti-trust exemptions. This cuts to the core of the business. It also bores the hell out of fans. Here’s the simple truth of the NFL problem: the owners still think of the players as employees, and the players still think of the owners as secondary to their stardom. They call it a business partnership, but it isn’t. In a partnership, both sides want to prosper, both sides have a similar stake, and both sides presumably trust each other.