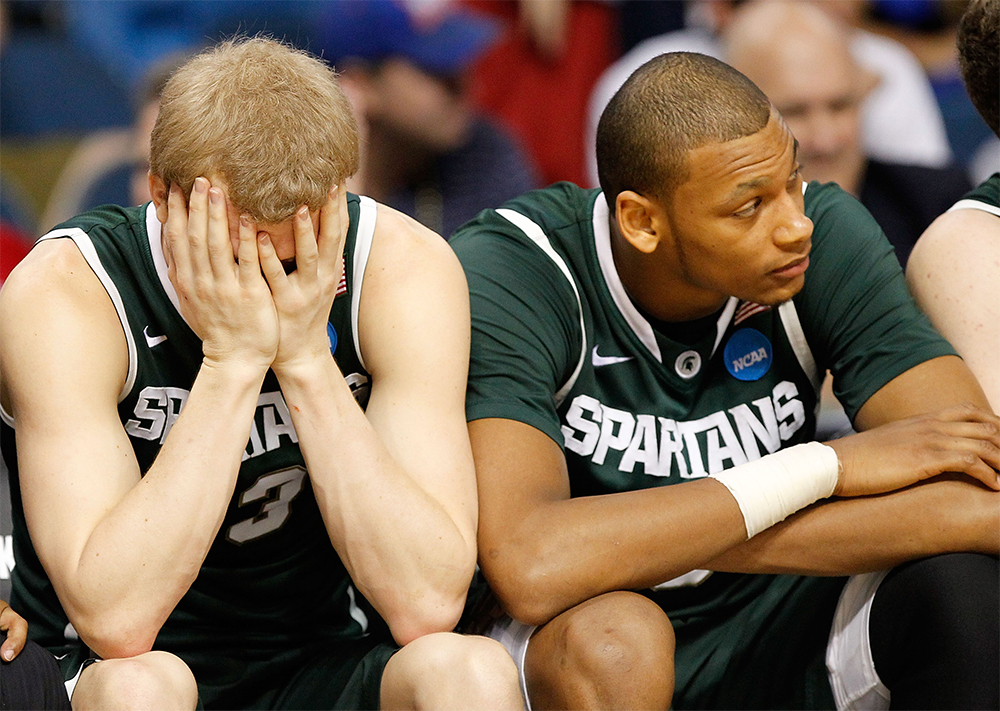 TAMPA, FL - MARCH 17: (L-R) Austin Thornton #13 and Adreian Payne #5 of the Michigan State Spartans sit on the bench dejected late in the second half of their 78-76 loss against the UCLA Bruins during the second round of the 2011 NCAA men's basketball tournament at St. Pete Times Forum on March 17, 2011 in Tampa, Florida. (Photo by J. Meric/Getty Images)

I watch the first round of the NCAA tournament I am reminded why it is always a better concept than reality:

Sure, the games are fun, competitive, and the idea of win or you’re out makes for great drama – on the outside.

The end of the Michigan State game, from afar, looked like pure adrenaline. They were down 25 points and cut it to one in the closing minute. But if you were actually watching, it was hardly exciting. The action stopped more than a heavyweight fight between two exhausted and fat old fighters.

Why can’t college basketball adopt a new set of rules. Why does there need to be double digit timeouts for the teams plus an automatic one every four minutes for TV. How many times do you need to huddle up?

Just once, I’d like to watch a dramatic game that actually had to go up and down the floor. The fouls – and the deliberate fouls – slow the game enough. The endless huddles and strategies simply water down what is billed as sweet drama, but moves like molasses.